Pages Of The Sea 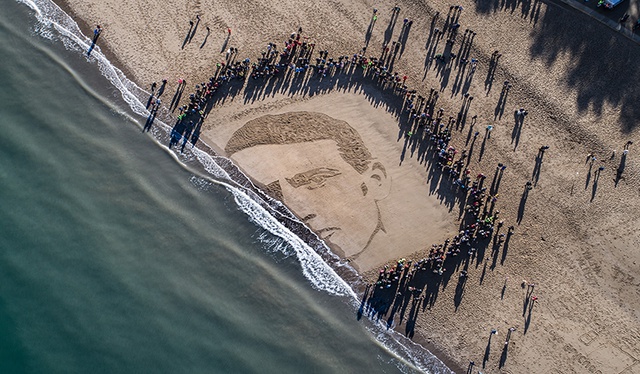 On 11 November 2018, tens of thousands of people joined Danny Boyle for Pages of the Sea to say thank you and goodbye to the millions who left their shores during the First World War, many never to return. Across the UK and Ireland communities gathered on beaches for a unique moment marking 100 years since Armistice.

On the day, the team managed the social and digital activity on the Pages of the Sea and 14-18 NOW channels, which was seen by millions of people who were unable to attend a beach. We commissioned photographers, drone pilots and film crews to capture the 32 beaches from both above and on the ground, seeding edits to broadcast and online outlets.

Visit the website to find out more about Pages of the Sea.

Working with our friends at Bad Madam and the Blaine Brothers we produced three films which were released on the day, to give those who weren’t at a beach a flavour of the atmosphere and to capture aerial footage of the sand portraits. This footage was used by the BBC throughout the day and complemented their own live broadcast. At 9am we created a Facebook Live with Danny Boyle to introduce the event, which was followed later in the day by a Facebook Live containing footage from each of the beaches involved, and finally a wrap-up film to end the day.

In the lead up to and during the event, we liaised with partners and stakeholders to amplify the digital content and extend the reach of the campaign, as well as community managing 14-18 NOW's social media channels on the day.