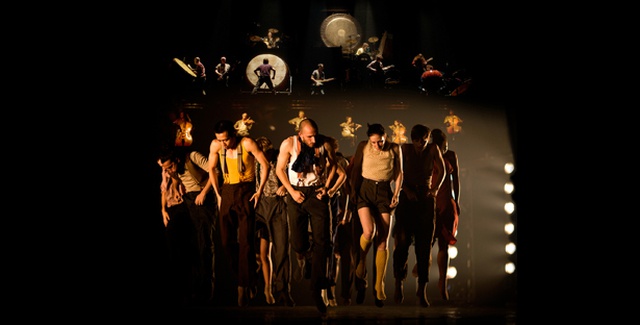 The season includes Shechter’s monumental Political Mother: The Choreographer’s Cut, presented for the first time in one of London’s most iconic music venues, O2 Academy Brixton. The piece will be performed with a live band of guitarists, drummers and strings alongside the dancers of Hofesh Shechter Company. Expect a bigger and louder show!

#HOFEST will be the company’s largest season of work in the capital to date and we are leading on the marketing strategy and partnerships.

Great job opportunity at WOW 👇 https://t.co/IU05qCjCfx
It’s all about perception…how do YOU experience the world? Give this fascinating & fun survey a go - no spoilers h… https://t.co/qbDw4Xyv3L
We were proud to be the marketing consultants for 14-18 NOW’s 5 year programme of events for the WWI centenary, its… https://t.co/kSjSiLAXzW
It’s National Rescue Dog Day raising awareness for the countless dogs in shelters who deserve a second change at a… https://t.co/IO6os5kWeJ
Good luck @southampton2025 wishing everyone a brilliant day! #MakeItSO https://t.co/JMiD6qLF6J
We spent an exciting morning at Woolwich Public Market for previews of the extraordinary @Drea_m_machine. It opens… https://t.co/Lw6U91UqXX
We’re excited for the second edition of the Brent Biennial 💜 featuring some really inspiring artists, and they have… https://t.co/hBmcRkPyXs
Loving the new look @LIFTfestival website from our friends @cog_design and excited for LIFT2022! https://t.co/L91wKmnGaC
Exciting news alert! Don't miss the opportunity to experience Dreamachine live, book your free tickets for London… https://t.co/zQsBNLTlsF
A BIG congratulations🎉to @southampton2025 on making it to the final four shorlisted locations to become UK… https://t.co/oCHvgqcub5